The surge of the Piezoelectric Device Market

Piezoelectricity is an electric charge that accumulates in response to applied mechanical stress in materials that have non-centrosymmetric crystal structures. Piezoelectric devices include products such as actuators, transducers, sensors, motors, generators, and others. Different devices have their own distinct functions, such as Piezoelectric transducers are used to convert an acoustic wave into a radio frequency wave and vice versa. Whereas, the piezoelectric actuator features high displacement accuracy, and high response speed, which is mainly used in industrial machinery that requires precise position control. Moreover, these devices can measure changes in pressure, acceleration, temperature, or force by converting them into electronic charges. Piezoelectric devices are utilized in a variety of products, including speakers, buzzers, energy harvesting, navigational tools, and medical equipment. 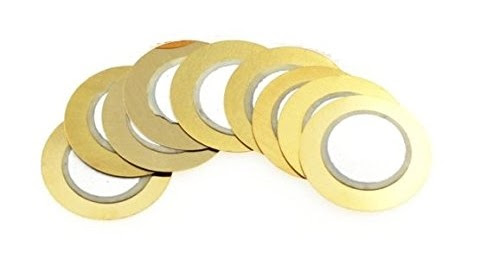 The prime factor propelling the market of the piezoelectric device is the increasing defense expenditure, higher utilization of medical devices, and developments in energy harvesting technology.

Countries around the globe are advancing their defense technology to ensure the nation’s safety and protection. These rising military and defense expenditures can be attributed to the numerous security challenges such as violent extremism and separatist insurgencies. According to the Stockholm International Peace Research Institute (SIPRI), the world military expenditure passed the US$2 trillion mark for the first time in 2021. The total global military expenditure reached US$2113 billion in 2021, which marked an increase of 0.7% from the last year. The SIPRI also mentioned the five largest spenders on the military, which were the United States, China, India, the United Kingdom, and Russia. Together these five countries hold a 62% share of the global defense expenditure. Furthermore, the governments of countries like China, India, Japan, and the US are investing heavily in their defense technology. For instance, the SIPRI reported that the military research and development funding of the US rose by 24% between 2012 and 2021. Such increased research and development spending over the decade reflects that the US is focusing more on next-generation technologies. Henceforth, the rising need for strengthening the defense segment around the globe is propelling the demand for piezoelectric devices as these devices are used by the defense industry to manufacture military aircraft, smart weapon systems, energy harvesting systems, and navigation systems among others.

Furthermore, the development in energy harvesting technology is fueling the market’s growth during the forecast period. Energy harvesting is the process of capturing ambient energy, storing it, and then turning it into electrical energy for usage as needed. This is accomplished by using materials and transducers that are piezoelectric because they allow for the use of a wide variety of input frequencies. The piezoelectric energy harvesters convert vibration energy to usable electrical energy which is a reliable solution. Moreover, these are suitable in applications that require charging a battery, like smartphones, smartwatches, etc. The opportunity to miniaturize these energy harvesters and MEMS integration are the key benefits of this technology. Additionally, its simple design facilitates the production of cost-efficient energy in high volumes. These benefits of energy harvesting technology will consequently drive the piezoelectric device market during the forecast period,

The sensors segment is expected to grow rapidly during the forecast period.

Based on products, the piezoelectric device market is segmented into actuators, transducers, sensors, motors, generators, and others. The sensor segment is expecting a notable growth rate during the forecast period due to its wide application in various fields such as manufacturing, automotive, consumer electronics, healthcare, and aerospace among others. Sensors are used to identify changes in energy and transform them into electrical signals that can be used to modify systems as needed. For instance, air-flow sensors in the car measure the density and volume of the air entering in the combustion chambers. Temperature sensors used in industrial production collect information about temperature from the environment and convert it into specific values. Such extensive use of sensors is expected to benefit the sensor segment, consequently, it is expected to propel the piezoelectric device market.

According to analysts, the Asia-Pacific region is expected to have the largest share of the piezoelectric device market during the anticipated period.

Based on Geography, the piezoelectric device market is divided into North America, South America, Europe, and the Asia Pacific. Analysts anticipate that the Asia-Pacific region will have the largest market share owing to the increasing innovations in technology in countries like China, and India. Furthermore, the presence of these countries and the growing manufacturing industries in this region are the key factors driving the piezoelectric device market. The governments in this region are offering tax breaks and incentives to electronics firms setting up newer manufacturing facilities in the region, which will further increase the market size over the forecast period. For instance, the government of India recorded positive growth in the production of electronic goods. The report by the Ministry of Electronics and IT. posted in July 2022 mentioned that the domestic production of electronic goods was US$37 billion in 2015-16 which increased to US$ 74.7 billion in 2020-21. The production of electronics goods in India is expected to grow at the rate of 17.9% as per the Ministry of Electronics and IT’s report. Moreover, the Indian government has undertaken certain measures to further boost the manufacturing sector in the country. Henceforth, these strategic measures are expected to drive the growth of the piezoelectric device market in this region.

Additionally, the North American region is also a particularly lucrative market for piezoelectric devices during the forecast period. Owing to the United States planning a large space exploration program that will use piezoelectric materials for sensing objects in orbit and remote access to the spacecraft components, the North American segment of the piezoelectric market will present potential growth prospects for the market in the coming years. After experiencing a setback as a result of the COVID-19 pandemic, the automotive industry in Europe is anticipated to recover. Additionally, the research into automated, driverless vehicles will increase in this region, consequently stimulating the market growth during the forecast period.