A Complete Analysis On Plant Based Meat Market

By vipin - February 24, 2020
Plant-based meats are a replica of real meat but prepared using plant-based ingredients such as soybeans, wheat gluten, lentils, and a variety of nuts. They appear and taste like meat products but can be served as vegan foods. After years of research and development, companies have been able to develop this kind of product. Though it seems that the product is meant to serve the mainstream vegans or vegetarians, the product is essentially gaining traction among omnivores who are willing to reduce their consumption of animal products due to health and environmental concerns. The environmental benefits that plant-based meat has over conventional meat is a major for the increasing popularity of the former. According to the United Nations, the largest source of greenhouse gas emissions is the meat industry. Land degradation and deforestation are the by-products of this industry. 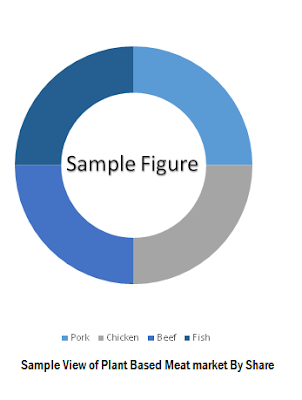 A healthy alternative to plant-based meat


Conventional meats are being marked for causing problems such as heart disease, cancer, and diabetes. Plant-based meats overcome this threat of real meat while providing protein-rich food alternative

The rising popularity of vegan-diets


A new trend is cropping up among the non-vegetarian population, concern for animals and climate, to switch to plant-based diets for the welfare of the planet as a whole. The rising demand for plant-based foods is encouraging players in the food and beverage industries to innovate or invent products that can serve the emerging needs.


Nutritional content, texture, and color of plant-based meats are similar to that of the real meats which makes it a substitute that can be used in different products made up of meat. For instance, burger patties, nuggets, strips, meatballs, and sausages, among others, are being produced using plant-based meats by major players like Beyond Meat and Impossible Foods.

The plant based meat market size is anticipated to reach US$4,780.609 million by 2024. The plant-based meat market has been segmented by type, source, product, and geography. By type, the segments are categorized as pork, beef, chicken, and fish. By source, the segments are soy, wheat, pea, quinoa, oats, beans, and nuts. The product segment has been divided into burger patties, sausages, strips and nuggets, and meatballs. By geography, the segmentation has been done as North America, South America, Europe, The Middle East and Africa, and the Asia-Pacific region. The American region is projected to expand at a high CAGR over the forecast period due to rising awareness of health-related issues arising from the consumption of animal products in that region. 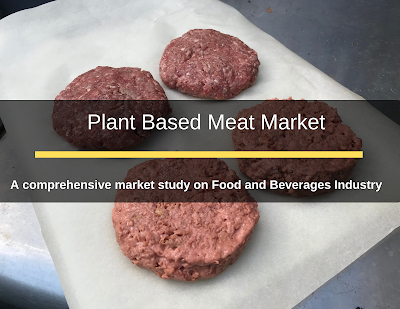 The use of plant-based meats across various food chains is expected to escalate their sales. For instance, Impossible Foods, which has launched a variant of plant-based meat, i.e. Impossible pork, has claimed that with the inclusion of their products by foodservice businesses, the latter have benefitted with an increase of up to 36% of sales.

Leading processors of meat around the world have also started investing in plant-based meat companies to remain competitive and boost their sales. Major players in the food industry are also trying to enter this segment through partnerships, agreements or collaborations. For instance, Unilever recently bought a plant-based meat company “The Vegetarian Butcher”; New Capital Crops in the year 2018 created a $100 million venture capital fund to better the manufacturing and distribution facilities of plant-based meats.


While this new food is gaining traction among the people rapidly, several concerns are cropping up with regards to the nutritional value of such meats. They are highly processed and do not make the fast-food segment healthier for consumption. Experts claim that consumers are being drawn into misinformation about such products.