The global smart irrigation market was valued at US$754.200 million in 2018 and is expected to grow at a CAGR of 16.65% over the forecast period to reach US$1900.377 million by 2024. Rising concerns regarding the scarcity of water worldwide, majorly attributed to wastage of water has been alarming both environmental protectionists and the public, who are aware of the disastrous consequences if this situation is not taken care of. A good share of outdoor water usage is held by irrigation activities and overwatering, as part of inefficient irrigation methods, this significantly contributes to water wastage. 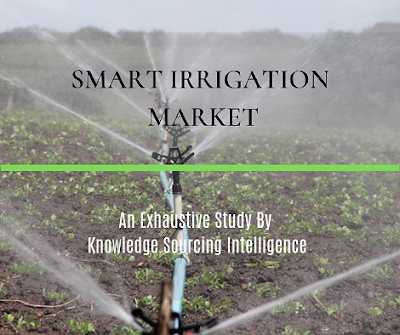 The rising scarcity of water is affecting the agricultural and industrial applications and human health. According to the World Health Organization, approximately 0.8 billion people in the world lack even a basic drinking-water service which includes 0.16 billion people who are dependent on surface water. Furthermore, it is estimated that half of the world's population by 2025, will be living in water-stressed areas. Agricultural activities utilize more than half of accessible fresh water and most of it is wasted due to a leaky irrigation system and inefficient application methods. Countries that produce a huge amount of food including China, India, Australia and the United States are close to reaching their water resource limits. Thus, rising concern regarding water wastage and scarcity leads to an increasing number of government initiative, programs and policies encouraging water conservation which drive the smart irrigation market growth. The irrigation controllers in the smart irrigation system respond to environmental and soil condition and automatically adjust to plant needs while restraining the water wastage. 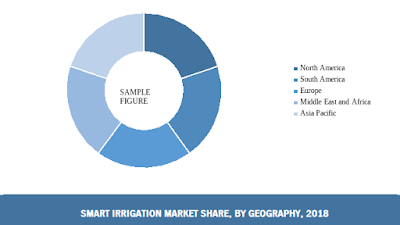 The Asia Pacific region is projected to witness the fastest regional market growth during the forecast period owing to the growing focus on technology-based agricultural practices in order to improve the yield. Unfavorable climatic conditions and rising need to conserve water for growing population base is forcing governments to initiate policies in favor of the use of smart irrigation solutions in developing countries such as China and India.