The healthcare sector in India witnessed significant growth over the years in terms of capacity and quality. The relatively lower cost of health care, as compared to developed countries, coupled with international quality, has positioned India as a major destination for health care services. The anticipated growth of the healthcare sector is expected to increase the adoption of information and technology infrastructure, services, and databases for policy planning and implementation. 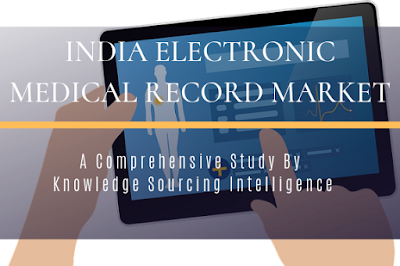 Economic Scenario
As per the Economic Survey 2017-2018, the real GDP is expected to rise to 7 to 7.5% in 2018-2019, thereby reinstating India as the world’s fastest growing economy. The country witnessed major policy reforms in the last year, namely the transformational Goods and Services Tax (GST) and the implementation of new Indian Bankruptcy Code which facilitated in resolving the long-lasting Twin Balance Sheet Problem. The main objective of digitization being followed by the government of India coupled with the implementation of GST has resulted in a 50% increase in the number of Indirect Taxpayers and a significant increase in voluntary registrations for input tax credit and there has been an addition of about 1.8 million in individual income tax filers since November 2016. Moreover, in 2018 edition of the World Bank Doing Business report, India moved up by 30 spots from 2017 ranking, making to 100th rank among 190 countries. The FDI inflows in the economy grew by 9% in the last year rising from US$40 billion in 2016 to US$43 billion in 2017. With the make in India initiative, the government aims to increase the contribution made by the manufacturing sector to the GDP to 25% in 2017 from the current rate of around 17%. 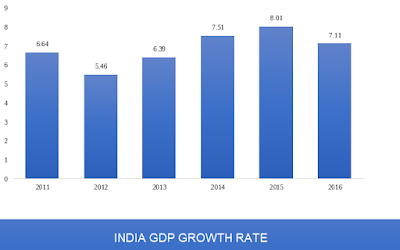 The total receipts also displayed the growth of 6.48%, with estimated receipts to be INR 15.16 lakh crore in the Union Budget for 2017-18. The economy has also encountered a decline in current account deficit, contracting from 1.1% of GDP in 2016 to 0.7% in 2017, projecting a healthy economic trend. With the improvement in the economic scenario, a number of sectors in the economy are witnessing constant investments. The three main focus of Indian economy remains to be education, agriculture, and employment and the private investments and exports form the two major pillars of growth in the current scenario.

The health record of an individual is significantly important, as the record of every clinical encounter represents a health-related event in an individual’s life. Thus, it is imperative that these records are available and chronologically arranged which aids in providing the healthcare summary of an individual. The increase in the self-care and home care devices and systems has been instrumental in an increase in the number of medical record transactions.
The Ministry of Health & Family Welfare notified the electronic health record standard in India in 2013. There are several standards for electronic medical records that have been designed to ensure the adherence to the ethical practices within the healthcare industry. For instance, there are data privacy and security standards to ensure the confidentiality, integrity, and availability of all the record that has been created, transmitted, received, and maintained.