By vipin - May 09, 2019
IgA nephropathy (IgAN) also known as Berger’s Disease is an auto-immune glomerular disorder of kidney caused due to accumulation of immunoglobulin A (IgA) in the kidneys. This gives rise to kidney inflammation and may progressively damage the kidney’s ability to filter waste. The disease is characterized by the scarring and inflammation of the kidneys and causes damage to the glomeruli. In IgA nephropathy appear to get joined up in longer chains. As these travel around in the blood and pass through the kidney they get stuck in the filters (glomeruli) in the kidney. The exact cause of IgA nephropathy is yet not known. IgA nephropathy is a rare disease and is one of the most common causes glomerulonephritis. 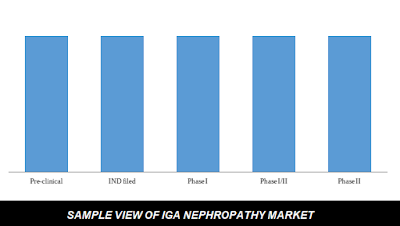 Symptoms of IGA Nephropathy:
IgA nephropathy is mostly asymptomatic and painless. However, at times it may cause cute attack can cause pain over the kidneys and a feeling of sickness (nausea) for a couple of days.
Signs and symptoms of IgA nephropathy when kidney function is impaired include:
Complication of the IgA nephropathy include
Epidemology:
As per the data by European IgA Nephropathy Consortium, the incidence of the IgAN ranges from 8.4 patients/pmp in Italy to 26 patients/pmp in France. The disease is more frequent in the Eastern area of the world (Japan, Hong-Kong, Singapore) than in the Western area (Europe and USA). However, IgAN remains in prevalence at the first place among all primary pyelonephritis worldwide. The IgAN prevalence ranges from 20 to 40%. Incidence and prevalence of the disease are mainly influenced by the policy in approaching the renal biopsy. In some renal units patients with persistent microscopic hematuria undergo to a renal biopsy more frequently than in other units. The difference in prevalence is also due to the preventive medicine adopted by the various countries (urinanalysis, is performed in schools in Japan or during military service in Hong-Kong).
Rising Expenditure on IgA Nephropathy Treatment and Research:
Rising expenditure on the treatment of IgAN and research activities is further propelling the growth of IgA nephropathy Treatment market. Owing to the increased cases of patients suffering from IgAN, international organizations as well as international and domestic banks and financial institutions are funding global healthcare and pharmaceutical companies to continue the R&D processes for the development of cures and treatments for orphan and rare diseases. Also currently there are no approved drugs in the market for the treatment of the disease. 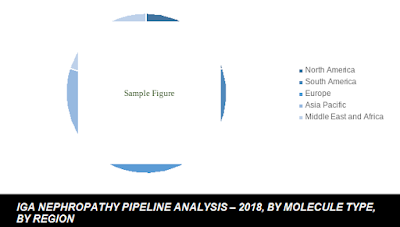 Pharmaceutical giants such as Merck and Novartis are making high investments in the research for the treatment of IgA nephropathy. Merck’s Atacicept is currently in Phase II trial for the treatment of the disease whereas Novartis’s drug candidate LNP023 is also in Phase II Trials for the treatment of Iga Nephropathy. Recently in July 2018, Tokyo-based Otsuka Pharmaceutical Co. Ltd. took its first step into the world of biologic with a $430 million all-cash acquisition offer for Visterra Inc. which was looking to partner VIS-649, a candidate it has been developing for the potential treatment of IgA nephropathy. Thus, increasing investment by the companies in the research and development for the IgAN treatment will drive the growth of the market during the forecast period.
Comparative Analysis By Phase:
The changes in regulatory environment have increased the data requirements at the product development, validation, manufacturing and approval. Hence clinical trials provide the Real World Evidence (RWE) data about the long-term safety and efficacy of new products when they are used by broader patient populations in real-world settings.